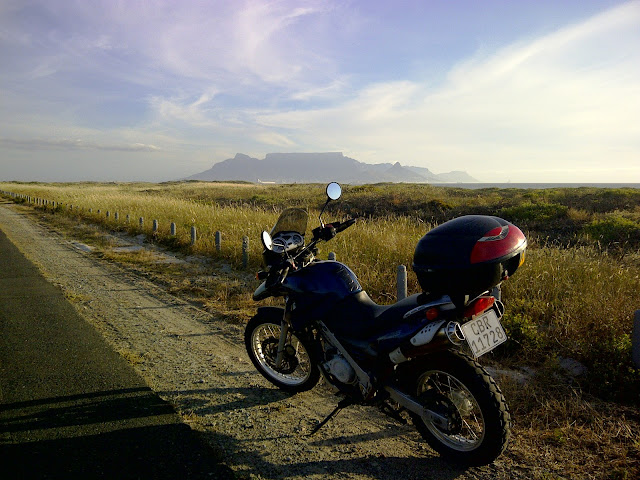 I lived at the foot of Table Mountain for 7 years. In the city.  Since I was first a tour bus driver and later a tour guide, I never worked in the city, but was able to take to the roads and most beautiful parts of the country. In spite of living so close to it and going up Table Mountain at least once a week, I was still appreciative of its beauty. Now it’s been almost 10 years since we have moved away from the city and living in the country side. When I go to Cape Town, I only get as far as the Northern Suburbs and it has been a while since I have got up close and personal with the over 1000m high Sandstone and Granite beauty. 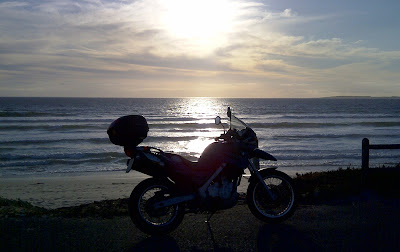 This weekend I was fortunate to see it again. I met up with friends on the other side of the bay and made my way back to the city just as the sun started setting over the water. Absorbing all this from my bike was more than I could have wished for! I caught a whiff of the sticky, pungent yet fresh breeze that made it’s way over the gentle little waves. What a sight!?! Table Mountain rose out the water like a 1st place Olympian to the podium! Only way more noble and majestically! A few ships on the water in front of it rounded off the picture perfectly.  I HAD to stop – a few times – to take a picture … to capture this magnificence and stare in awe. Did I really forget how awesome this landmark was?! Or am I just taking a look with different eyes? I don’t have the answer, but what I do know is this… 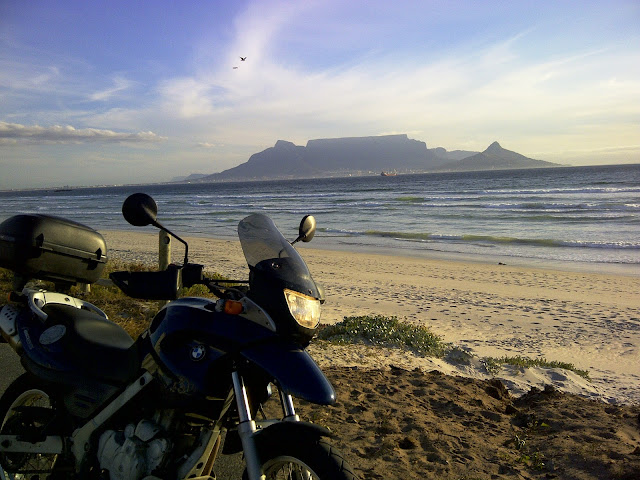 There's reason this piece of rock is so well recognized by world travellers and loved by locals! It is a sight to behold – and never to be forgotten!

“I learned this, at least, by my experiment: that if one advances confidently in the direction of his dreams, and endeavors to live the life which he has imagined, he will meet with a success unexpected in common hours.”
Henry David Thoreau, Walden: Or, Life in the Woods
Posted by Unknown at 23:50