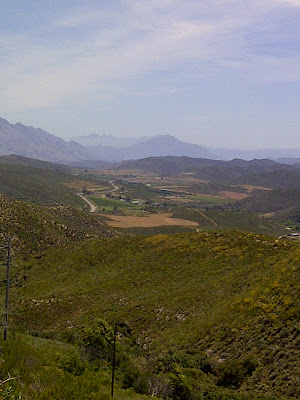 This post comes a bit late (OK, OK, a few months late!!). I have been meaning to share this for ages and life just goes by and when you wake up, summer has almost gone!!


Hubby and I invited a girlfriend (well, we invited two, only one could make it) along on a Sunday outing, not too far from us. We left on the Route 62, direction Barrydale. The winter was at an end and it was a quiet, balmy Sunday morning. The previous week we had some severe rain, but now everything looked lush, green and fresh.  It was deep into spring and summer was just poking its nose around the corner, yet the temps were still mild and ideal for riding. 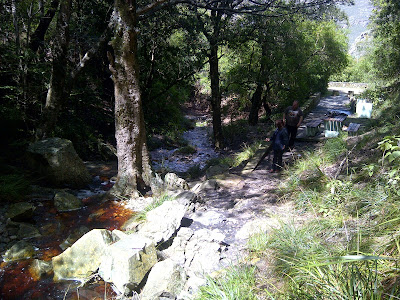 Just as you hit the town of Barrydale, we took the turn-off to the Tradows pass, one of the more spectacular passes I have been on. Covered in yellow-bush, a kind of Protea that does not have a flower, but the yellow leaves – only this time of the year - light up the mountainsides with colour and splendour! 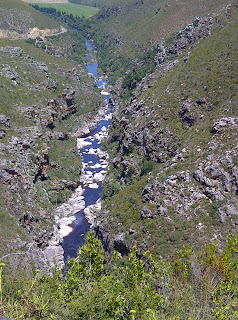 Looking down to the right, one sees the incredible gorge, also winding as far as you go, with the black, icy cold river running down below. The colour of the water is caused by tannin, which comes from the roots and plants the water passes along its way.  The water tastes divine and is perfect for drinking – if you don’t mind a bit of frog pipi or fish eggs, hiehie! 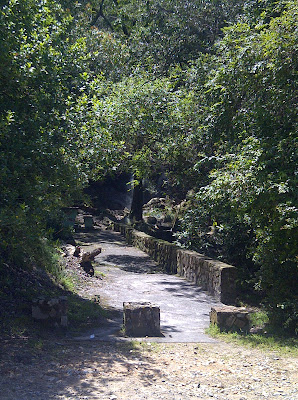 We turned off the road into a lot of bushes, a hidden little “detour” road of about 50 metres. As you round the bend, there is an opening in the bushes to the left and once we had parked the bikes and walked up in there, WHAT A SIGHT?!? 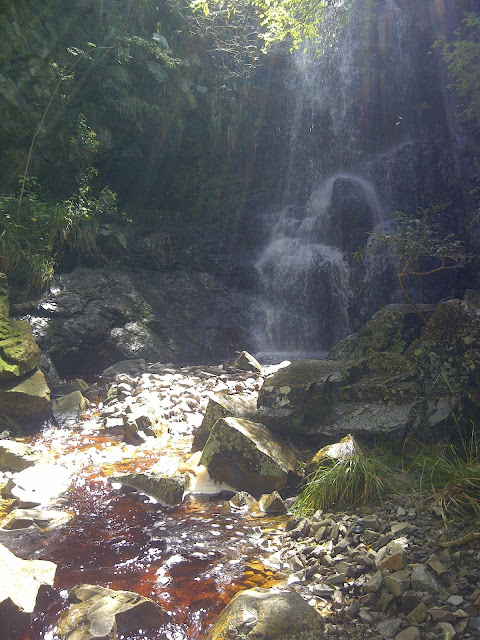 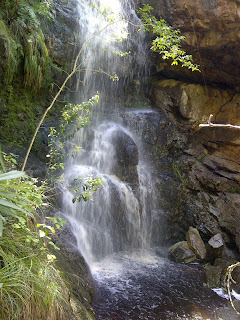 A stunning waterfall came cascading down the rock face, nestled between what looked like Tsitsikamma forest. It made its way into a dark pool and then spilled over into a winding little river, seeking its way between trees and roots, disappearing into the lush green nothingness not too far away. 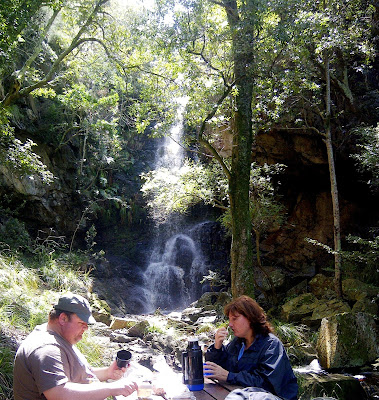 Right next to the pool was a lovely wooden picnic table with seats and we sat there in the coolness of the overhang of the trees canopy. In the calming sound of the dropping water and birdsong nearby we enjoyed sandwiches, hard boiled eggs, hubby’s lovely meatballs and coffee. 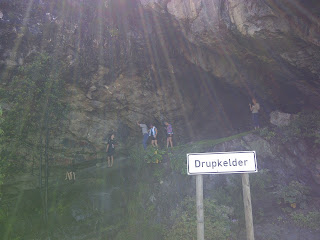 After the meal, we rode on over the pass and back again – no twisties to be missed of course, not by me!! NO sireeee!! More spectacular sites and a cave with water dripping out from everywhere were also seen along the way… 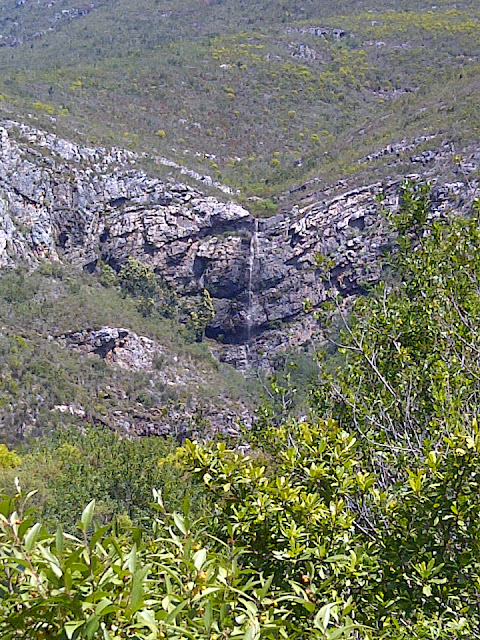 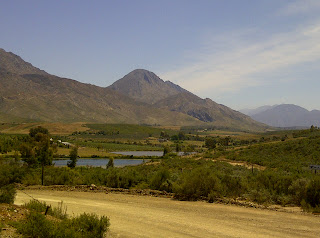 Coming back on the R62 we had the stunning views of the valleys down below. Hubby rode on while my friend and I took a detour up a dirt road to look over another part of the valley and then we stopped at the dam on the family farm. 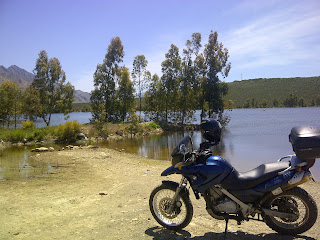 Full to the brim and looking so inviting!! Trips like these just let me realise again how fortunate I am to be alive, to have the opportunity to bike to these places and most of all, to share it with people I love!
Redimentes tempus. (Redeeming the time).
Posted by Unknown at 17:21 No comments: